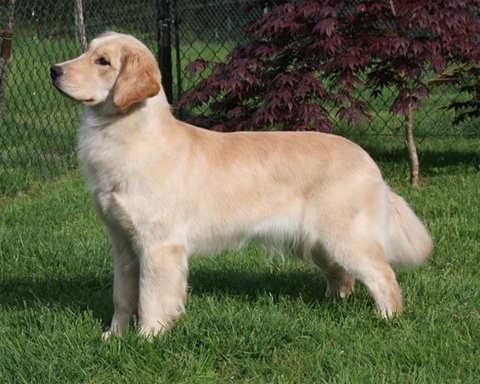 Chantelle Goldens began in 1966 with ‘Taffy’, a rescue from the San Francisco SPCA. I put a Companion Dog title on her and in 1970 acquired the first golden that I showed in conformation, Chantelle’sWynterfrolik. Since then, I have exhibited in obedience and conformation, ‘dabbled’ in other performance areas and bred occasionally. My friend, Moira Hughes, and I have been working together since 1977.  We strive to produce golden retrievers that meet the standard in all areas: health, temperament, structure, movement, as well as having that wonderful, biddable golden retriever personality.

In 2011, I was designated an AKC ‘Breeder of Merit’ by the American Kennel Club. We have owned, co-owned or produced many titled dogs, including Conformation and Obedience Trial Champions and many goldens with obedience, field, rally and agility titles. Equally important, we produce goldens who are wonderful companions to their ‘people’ – delightful, trainable dogs who bring great joy!